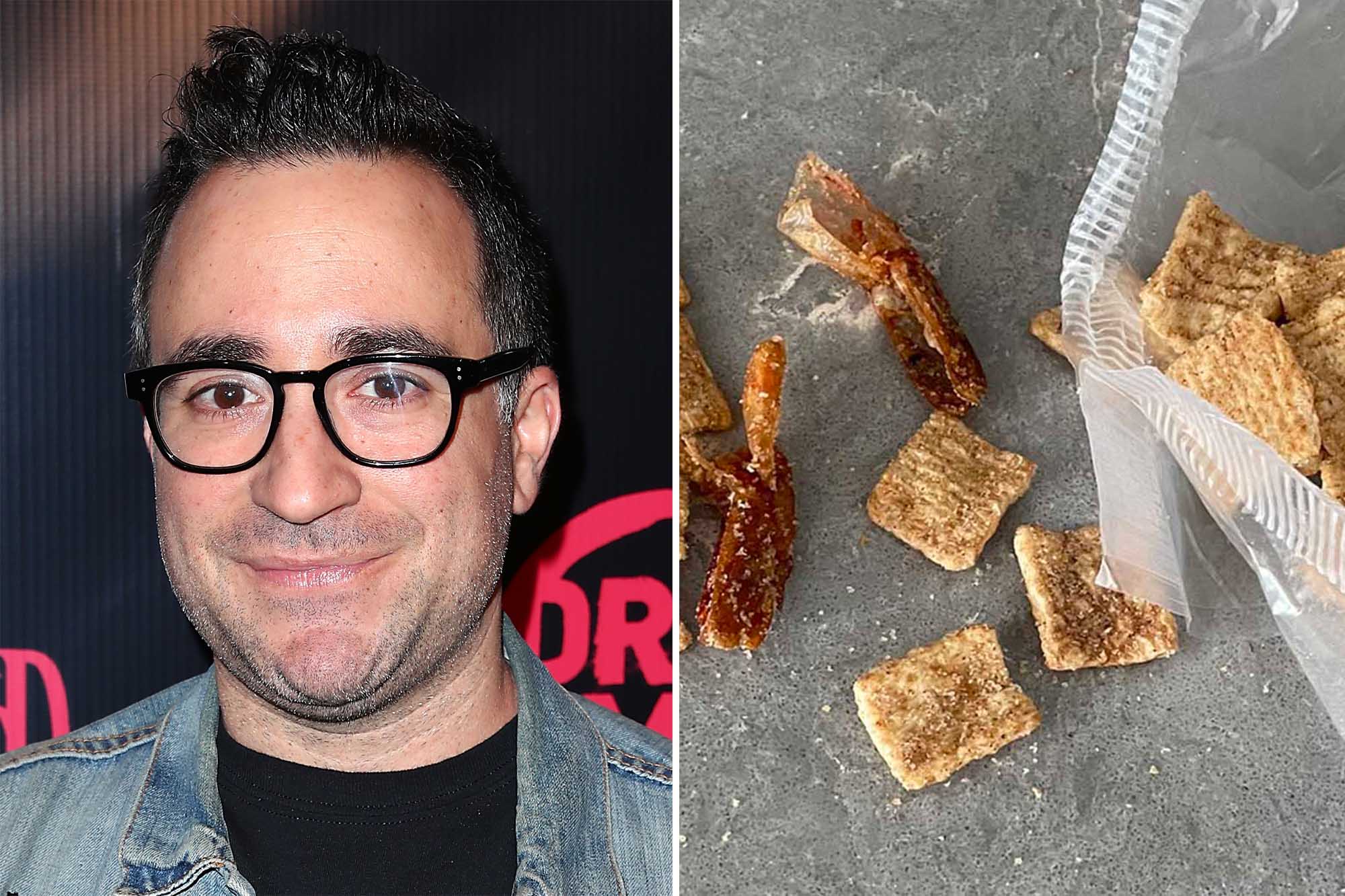 Comedian and author Jensen Karp went massively viral this week for tweeting his unsavory discovery of sugar-coated shrimp tails in his Cinnamon Toast Crunch cereal. Just days after using his disturbing find to slam the brand and its maker, General Mills, on Twitter, social media has abruptly turned against him. Karp, 41, is now being accused of lying, stealing a podcast concept and shaming a former sex partner, among other allegations.

Karp — who is married to “Boy Meets World” star Danielle Fishel (aka Topanga) and was formerly a child rapper named Hot Karl — did not respond to The Post’s request for comment.

Actress Melissa Stetten also took to Twitter to issue a PSA regarding Karp’s treatment of her when they dated.

“‘What you may not know about the man behind the viral posts’ what like he’s a manipulative gaslighting narcissistic ex-boyfriend who once told me he was surprised I hadn’t killed myself because my life was so worthless?” wrote Stetten. “Getting lots of texts from girls still in therapy over his terror. At least we have this fun little club!”

Former co-workers are also speaking out against Karp.

“Just fyi, the shrimp tails guy is both a marketing professional and someone who’s lied to my face without flinching,” tweeted painter Brandon Bird.

When Mike Shinoda, the lead vocalist for the band Linkin Park, tweeted praise for Karp, calling him “a razor sharp comic mind, an accomplished gallery owner and curator, spectacular radio and podcast personality, and all-around good dude,” Bird shot back “He’s nice to you because you’re famous.”

Podcaster and comedian John Cullen, meanwhile, claims that Karp has stolen intellectual property. “Next thing you know shrimp man will claim that he found the podcast idea and name he stole from us in a bag of Cheerios,” Cullen wrote. “Anyway he’s done way worse and way larger-scale things to people and so this small part of it genuinely doesn’t matter all that much but hey, at least we’ll have all the memories.”

Karp is not the first person to achieve sudden internet fame for a relatively banal tweet, only to have the tides suddenly turn on him. In fact, it has happened so frequently, there’s a term for it: To be milkshake duck’ed.

Biden Says He Plans to Run for Re-Election in 2024

The best, most insane reality TV show moments of all time